Ok! This will be my first post in both english and finnish. My english won't be perfect but I think we all can accept that.

So, I've been getting these so-called "film challenges" via Facebook (thanks Markus and Bernard). The first one was, name 15 films that have changed your life. The other was something like name 20 favorite films. I think it would be wise to collide both of these. I think that every great film I've seen has changed my life one way or another. So that's why I'm going to (try) make a list with 20 great films I've seen. Next, my rules:

1. All films on this list are great for me, so if you're reading there is Mamma Mia! on my list, there is Mamma Mia! on my list and it deserves to be there.
(Ok, that won't be on the list, I think there is about 20 films that I'll list more likely).
2. I try to give some reasoning for every film. But as you know, a feeling is hard to verbalize.
3. Tomorrow I think the list would be totally different, but I think all you movie lovers know the feeling trying to pick few favorites from hundreds and hundreds of films you're seen.
4. Films are not in particular order.
5. If there is #X after the film, it means that film is currently on IMDb's Top 250 list.


And the hardest part. The list, ladies and gentleman:

1. The World's Fastest Indian (2005)
Directed by Roger Donaldson
Starring Anthony Hopkins
When this film came out I already was a big fan of sir Anthony. As a moviegoer I am pretty actor-centered-guy. If there is some of my favorite actor in a film, I will see it. In this biographical film, Hopkins gives a wonderful performance as Burt Munro, a New Zealander, whose desire is to break the world record as the most fastest man with a motorcycle. This is a total feel-good road movie from New Zealand, through the US to the state of Utah. See this.

2. A Beautiful Mind (2001) #163
Directed by Ron Howard
Starring Russell Crowe, Jennifer Connelly, Ed Harris
This wonderful biographical feature tells a story of mathematician John Nash, who in his later years got the Nobel Memorial Prize for Economic Sciences.
This film was awarded with 4 Academy Awards, including Best Motion Picture, Director and Actress in a Supporting role (Connelly). I think one of the biggest crimes in Oscar history is that Denzel Washington won Best Actor in a Leading role from Training Day over Crowe in this one. Both were great but Crowe gave one of the greatest performances in the history of film. Amen.

3. Lawrence of Arabia (1962) #83
Directed by David Lean
Starring Peter O'Toole, Alec Guinness, Omar Sharif
Now this one is one of most important films in my life. Also a biographical about British officer T.E. Lawrence. There won't be ever a film like this because they just don't make films like this anymore. This is a masterpiece in every possible way. This was O'Tooles' first leading role in a motion picture. He also made one of the greatest performances in movie history, and was nominated for Academy Award for it. Film won 7 Oscars, including Best Picture and Director.

4. Schindler's List (1993) #7
Directed by Steven Spielberg
Starring Liam Neeson, Ralph Fiennes, Ben Kingsley
Maybe the best representation of the terrors of Holocaust (with The Pianist by Polanski, of course). Again a film based on a true story of a German man called Oskar Schindler, who saved over a thousand jews from the concentration camp. This film makes you cry, this film makes you think. Spielberg made the film for free, asking first several other directors to direct this, including Roman Polanski. People said he should make it himself. He did, and got his first two Academy Awards for it. Film won 7 Oscars, including for the Best Picture.

5. Annie Hall (1977) #176
Directed by Woody Allen
Starring Woody Allen, Diane Keaton
One of the funniest drama-comedies there is. This is one of many Allen's tour-de-force films and the first one to get him Oscars. Film won 4 (Best Picture, Actress for Keaton, Director and Screenplay).
I identify very strongly with Allen, his thoughts, neuroticism and humor. I find myself in this one.

6. Rear Window (1954) #33
Directed by Alfred Hitchcock
Starring James Stewart, Grace Kelly
This is the finest work by the Master of Suspense - and one of the most original. A photographer in a wheelchair spying his neighbors from his apartment's window. A classic everybody should check out.

7. The Ghost Writer (2010)
Directed by Roman Polanski
Starring Ewan McGregor, Pierce Brosnan
Some of you might think why I chose this film on my list. I saw this two times from a silver screen and the final scene made me cry. Both times. I still get chills while watching it. This exciting thriller is about a ghost writer who is hired to write a memoirs of a former prime minister of Britain.

8. The Naked Gun: From the Files of Police Squad! (1988)
Directed by David Zucker
Starring Leslie Nielsen
This is one of the finest crazy-comedies there is. I'm not sure is a crazy-comedy understandable genre in english, but you get the point if you've seen this. Leslie Nielsen was a comic genius. This, the whole trilogy actually, is one of my biggest favorites. This film about detective Frank Drebin is based on a TV-series Police Squad!

9. Forrest Gump (1994) #14
Directed by Robert Zemeckis
Starring Tom Hanks, Gary Sinisie, Robin Wright
Everybody loves Tom Hanks. Everybody love Forrest Gump. This is considered more a comedy than a drama, which makes this film an acception if thinking Oscars. Comedies hardly win many awards, this classic won 6, including Best Picture, Actor for Hanks and Director.

11. Fahrenheit 9/11 (2004)
Directed by Michael Moore
The best documentary I've ever seen. Yes, this one is pretty controversial but on the other hand it was the first documentary taking home Palme d'Or in Cannes. First half of this makes you probably laugh, the second half cry. This is strongly against George W. Bush, and shows what happened after the twin towers of World Trade Center collapsed. Bush and the troops invaded Iraq.

12. 12 Angry Men (1957) #8
Directed by Sidney Lumet
Starring Henry Fonda, Lee J. Cobb, E.G. Marshall, Jack Warden
The whole film happening only in one room full of jurors. The intensity is something that only a small amount of films can achieve. Acting is wonderful.

13. One Flew Over the Cuckoo's Nest (1975) #15
Directed by Milos Forman
Starring Jack Nicholson, Louise Fletcher
The film won 5 Oscars, all the major categories (Best Picture, Director, Actor for Nicholson, Actress for Fletcher and Screenplay) and for a reason. Actor Kirk Douglas bought the right for this book, and he always wanted to play the main character. He couldn't find the money for the film for years and became too old for the part. His son, Michael Douglas, wanted to produce the film and got the financing. This truly made Nicholson for who he is today.

14. Robin Hood: Men in Tights (1993)
Directed by Mel Brooks
Starring Cary Elwes, Richard Lewis
That's right. The spoof of Robin Hood: Prince of Thieves got to my list. I was thinking to put the original The Producers here, but I chose differently. This film is a underrated gem in Brooks' wonderful filmography. This was one of my favorites as a child. Still makes me laugh.

15. The Godfather (1972) #2
Directed by Francis Ford Coppola
Starring Marlon Brando, Al Pacino, James Caan, Robert Duvall, Diane Keaton
There is no question will The Godfather be on list. The only question is part I or II. This is a rare movie trilogy for that matter, the second one is as good or some say even better than the first one. I can't decide so number one for me. One of the greatest films in a history of film, and only 3 Oscars. Best Picture, Actor for Brando and Screenplay.

16. Kramer vs. Kramer (1979)
Directed by Robert Benton
Starring Dustin Hoffman, Meryl Streep
What happens when a mother leaves her child to her ex-husband, and later comes back to get the custody of her son. A touching film that everyone should see. Won 5 Oscars, including Best Picture, Actor for Hoffman and Actress for Streep.

18. Alfie (1966)
Directed by Lewis Gilbert
Starring Michael Caine, Shelley Winters
At first I typed another Lewis Gilbert-Michael Caine film here, Educating Rita, but changed it at the last moment. The original version of Alfie is amazing.

19. Take the Money and Run (1969)
Directed by Woody Allen
Starring Woody Allen
The first feature film directed and screenwrited by Allen. A great comedy. It tells a story of Virgil, a lousy bank robber.

20. The Master (2012)
Directed by Paul Thomas Anderson
Starring Philip Seymour Hoffman, Joaquin Phoenix, Amy Adams
When I saw this film first time at the Venice Film Festival, I got stunned. The film itself is wonderful, but the acting is something from another planet. Hoffman and Phoenix won both best actor awards in Venice and that was the only right possible decision. Hoffman was one of greatest actors of all time, and as an aspiring actor, I think watching his performances is a right thing to do.


It's finished… I'm not satisfied at all. So many great films got left out. There's not a single film from some of my biggest favorites. Oh well. Maybe after a month I make another one...
If you read this far, congratulations. And please come back. 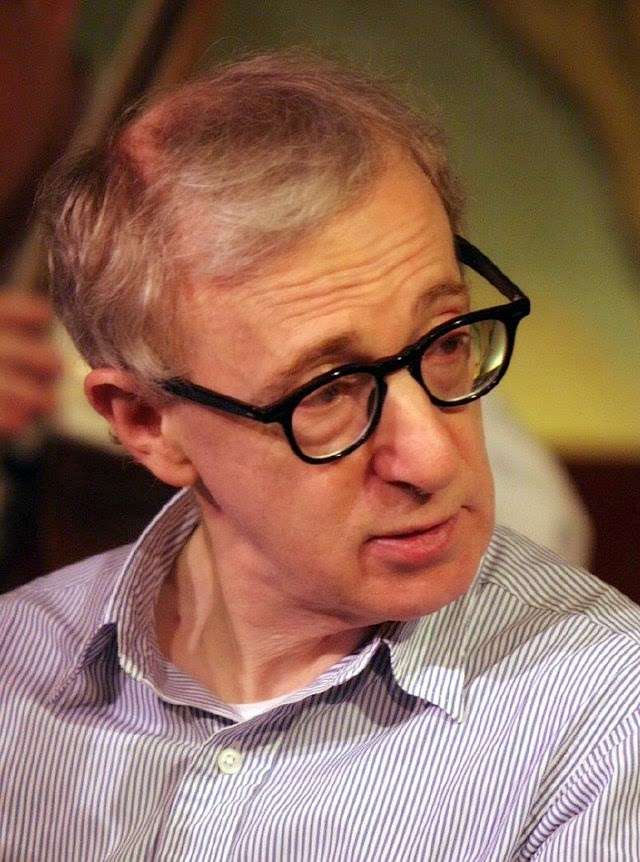 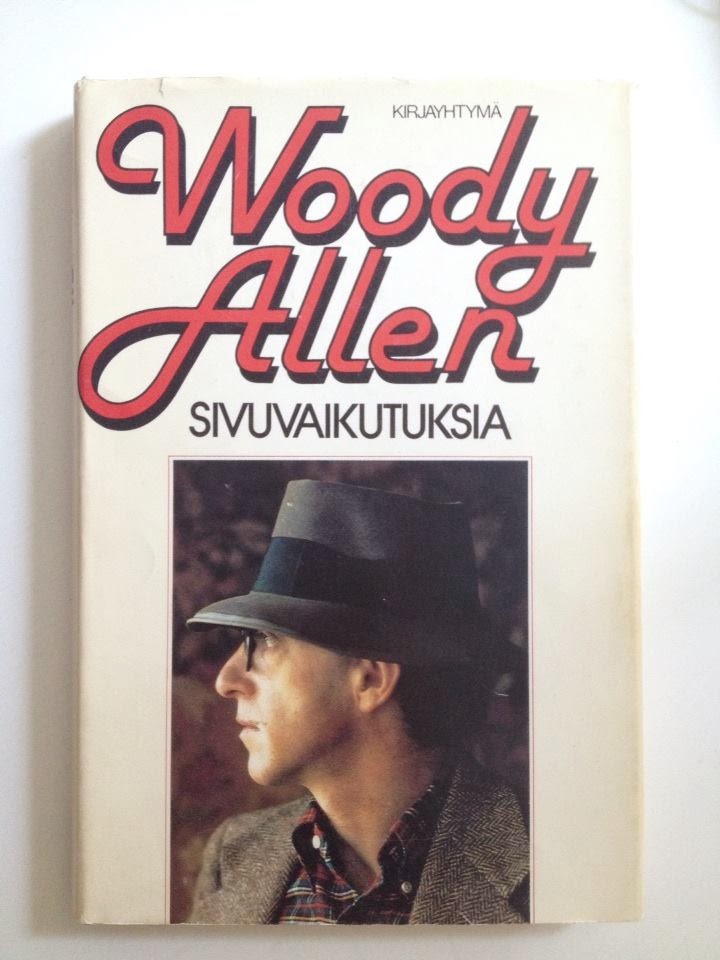